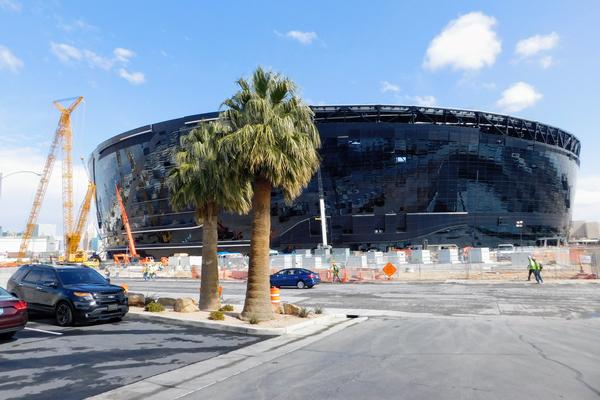 Virtually every airline offers vacation packages that include airfare, hotel accommodations, even a rental car in some cases.

Now Allegiant Air is introducing a new wrinkle to the traditional package – a football bundle.

Allegiant, based in Las Vegas, has a first-of-its-kind package by offering air, hotel and football tickets to a Las Vegas Raiders home game at the state-of-the-art Allegiant Stadium.

“We’ve long known that our customers are huge football fans, and they’ve told us through surveys and feedback that Las Vegas is their number one city when it comes to traveling to see their teams play. Our partnership with Allegiant Stadium and the Raiders gives us the opportunity to make that happen,” Scott DeAngelo, Allegiant’s executive vice president and chief marketing officer, said in a statement.

The beauty of the package, of course, is that you don’t have to be a fan of the Raiders. Allegiant, hotel-casinos and just about every venue in the tourist-centric city of Las Vegas are hoping to lure out-of-town fans to come for a long weekend, including the Sunday game that their favorite team might be playing in.

“No team and venue in history has relied more on travel as part of the game-day experience than the Raiders and Allegiant Stadium,” DeAngelo said. “Whether it’s Raider Nation coming from Oakland and throughout the West, or visiting fans coming to see the Raiders take on Chicago, Kansas City or Cincinnati, we know diehard football fans will appreciate being able to schedule their entire trip to Allegiant Stadium with just a few clicks.”

The packages are available for purchase by all passengers booking any Allegiant flight arriving at McCarran International Airport (LAS) in Las Vegas.