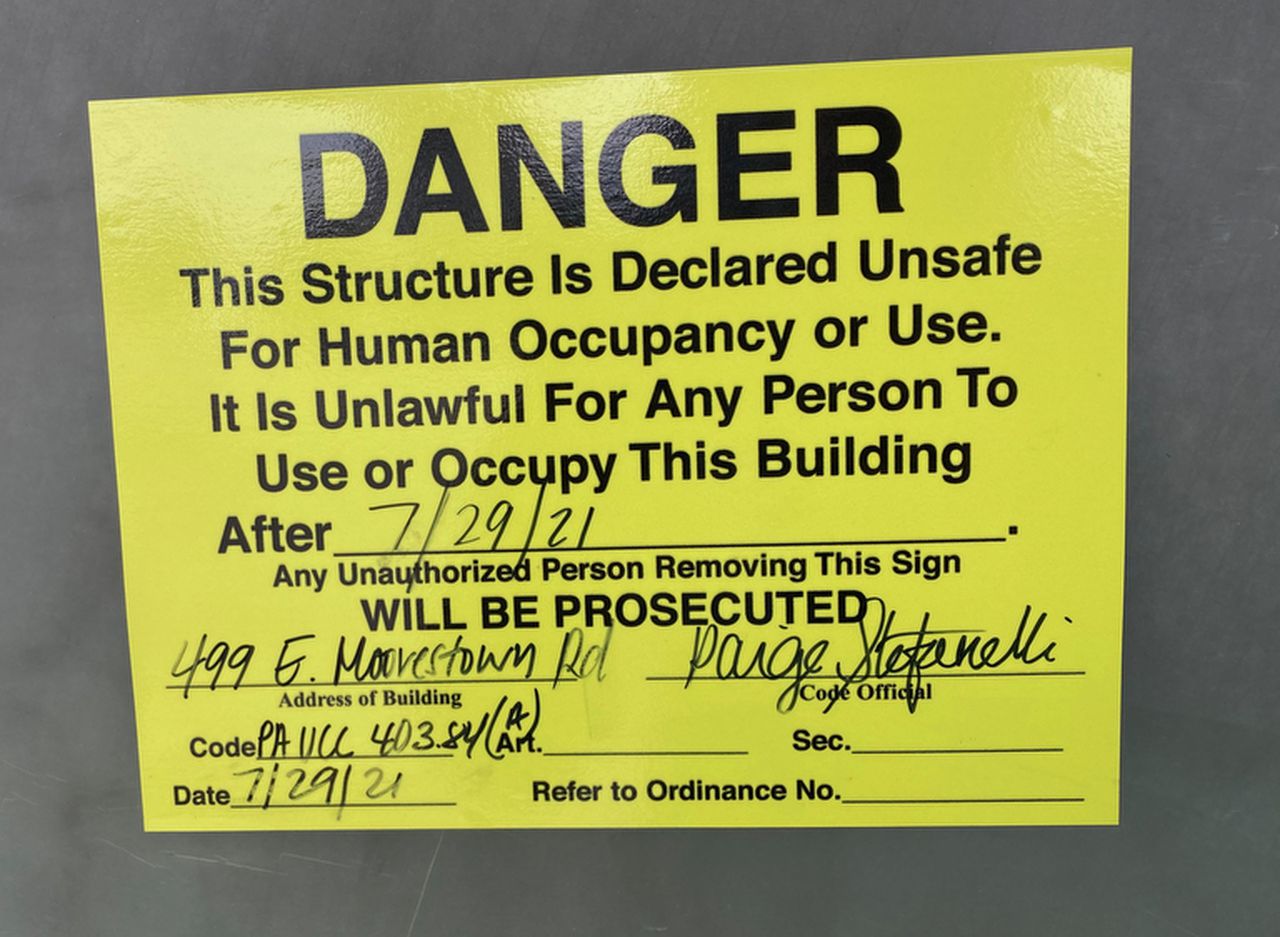 Plainfield Township has declared the beleaguered Travel Inn hotel an unsafe structure and ordered residents out of the hotel.

A notice posted Friday, July 29, says the hotel is unfit for human occupancy and says residents must move out.

The notice from the township code officer says the owner stopped paying the water and sewer bills and the water was shut off.

“Immediate action was taken for the life and safety of individuals on site,” says the notice attached to the front door of the hotel at 499 E. Moorestown Road just off the Route 33 interchange.

Some residents still living at the hotel said they have no place to go. They said they were told to leave within 15 minutes of the posting of the notice, but after complaining they needed to make arrangements, they were given a grace period to stay until Friday, Aug. 6.

“We don’t know what we’re going to do,” said Sheri Wagner, who lives in the hotel with her 77-year-old parents, Joy and Larry Repsher.

Wagner said she paid her rent for August so she doesn’t have any money for a deposit on a new residence. The COVID-19 related moratorium on evictions has made it difficult for low-income renters to find new lodgings on short notice, they said.

“This shouldn’t have happened the way it happened,” said resident Greg Carazo.

The notice from the township says the owner was notified about the problems in letters April 30, July 16 and July 23. The letters ordered the owner to address the following problems:

Residents have been complaining to lehighvalleylive.com about the hotel since 2015. Their complains include mold, leaky roofs and even an exploding toilet. Most said they are too poor to afford anywhere much better than the Travel Inn but complained they at least deserve a clean, safe residence.

Carazo said he’s not surprised the hotel is being shut down due to its shabby conditions. But he wishes he had more notice to find a new place.

Wagner said her parents are eligible for senior housing and hopeful to land there, but at 58 years old she’s too young for that. They’ve been in the hotel together for more than three years.

“We didn’t plan on staying here as long as we did,” she said. “At least you’re not living in your car or under a bridge or in a tent. That was our philosophy. How much worse could it get? Well, we just found out.”

Our journalism needs your support. Please subscribe today to Lehighvalleylive.com.

Rudy Miller may be reached at rmiller@lehighvalleylive.com.