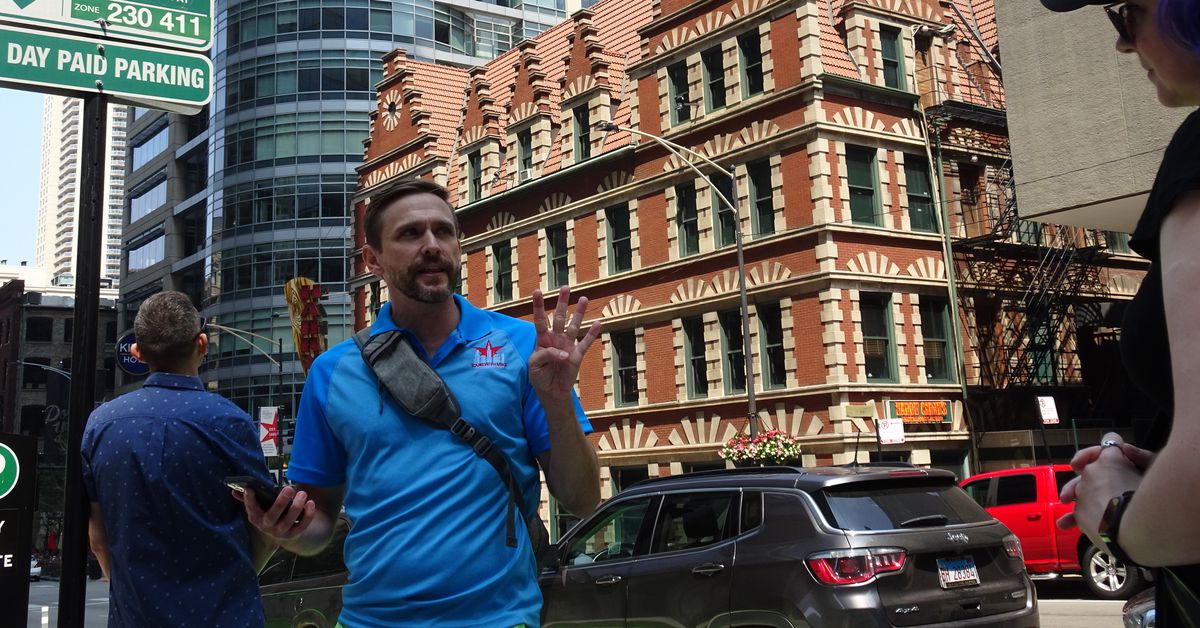 We Chicagoans love to boast. We will rhapsodize about our food, music, lakefront, performing arts, corporate headquarters and skyline. Always our skyline.

Our great buildings are civic treasures, but not everything can be a star. Some are designed to be backbenchers or stand as well-intentioned mistakes. But they are not necessarily bad buildings from the point of view of the users or owners. Some are unique and the work of famous architects. They make their own contributions to public space.

Welcome to the world of “ugly buildings” in Chicago. Your guide is Mike McMains, who worked for years in commercial real estate, monitoring a portfolio’s financial vital signs. Along the way, he developed an interest in design and strong opinions about it.

Downsized out of the real estate business, he’s trying to take the “a” out of his avocation, offering public and private architectural tours, some virtual. His newest offering is an “ugly buildings” walking tour of River North, stopping at places that must be seen to be appreciated, and perhaps cannot be unseen. He’s working on an edition focusing on the Loop. Information is at his Tours With Mike website.

“The thing that is so refreshing is that it isn’t a chore,” said McMains, who developed tours for the Chicago Architecture Center as a volunteer docent.

He said he doesn’t ridicule who made bad buildings, except maybe in one instance. “This isn’t a mean tour,” McMains said.

He’ll make fun of things and encourage his patrons to offer rebuttals, but his intent is to provide a better understanding of how buildings relate to people and their surroundings.

“Architecture — the term is not elitist. I’m trying to humanize the conversation and do it in a fun way.”

How do you define an ugly building? It’s “buildings that seemingly don’t have a plan with their exterior to adequately engage the public,” he said. And he’s full of examples for his River North tour.

One is a city landmark at 33 W. Kinzie St., where Harry Caray’s is. Guidebooks describe it as Dutch Renaissance Revival-style, with stepped gables and contrasting colors. Its architect, Henry Ives Cobb, is justly acclaimed. McMains, however, considers the building as “more-is-more architecture that burns my eyes.”

Downtown Chicago has a complicated relationship with parking garages. McMains highlights two. One is the Greenway Self Park at 60 W. Kinzie St., designed as an eco-friendly way to serve internal combustion engines. A corner has wind turbines that McMains said never seem to turn. Another is the dark and massive State-Kinzie-Wabash Self Park that reminds McMains of the monolith in “2001: A Space Odyssey.”

Some buildings might be clinkers on prominent sites. The former Helene Curtis office building at 325 N. Wells St., along the river, has decorated itself with signs for its tenants, a practice McMains likens to the sponsorships on NASCAR jackets. The 15-story 55 W. Wacker Drive building seems heavy and brutalist on a street that celebrates glass. It’s a 1960s creation that McMains calls the “Danny DeVito of Chicago office buildings.”

McMains skewers Marina City, but not the two towers. He’s critical of other parts of the complex Bertrand Goldberg imagined as a self-contained city, including the theater now used by the House of Blues. It looks like an armadillo, depending on the angle, and possibly doing an injustice to the armadillo.

And then there’s Trump Tower, which gets extra attention on McMains’ tour because of what he calls its “toxic branding.”

This is his foray into criticizing a building’s maker, as he said Donald Trump’s presidential legacy can’t be separated from something that wears his name. But he also has observers consider its barren riverwalk that has never drawn retail tenants and a spire McMains sees as an exercise in vanity.

McMains is gathering grist for “bad” Loop buildings. He considers the James R. Thompson Center in that category but argues for its reuse, not its demolition.

“There is nothing like it in the United States. It provides important discourse on the elevation of architecture in the city of Chicago,” he said.

The Harold Washington Library Center would make his list because its homage to past styles is almost literally skin deep, McMains said, calling it a building of “whimsical falsehood.”

Any of these mentions might get somebody angry. The Trump discussion could be especially pointed on his tour. But McMains isn’t out to condemn anything or to say he could do better.

All architecture is about solving problems that include the financial demands from the client. Some failure is inevitable. People often become fond of buildings for reasons apart from curb appeal.

Consider the old Sun-Times Building, which the Trump Tower replaced. McMains commented that if it was still around, he’d put it on his ugly buildings tour. He’d be right. But there was a history there. And people are fond of other ugly buildings that have histories and ties to their personal and professional lives.

They can all keep in mind a phrase lifted here from Nelson Algren: There are lovelier lovelies, but never a lovely so real.