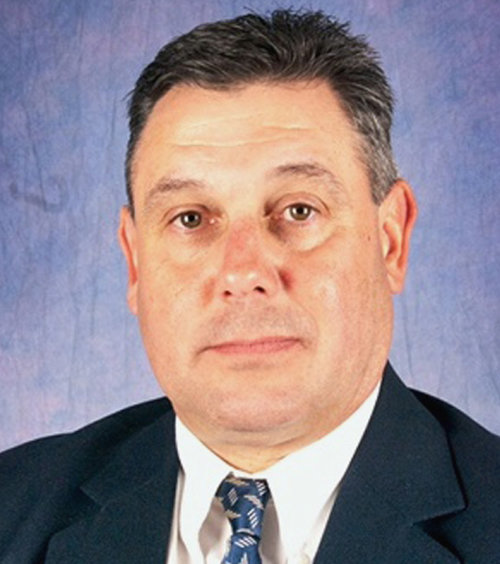 After 5 1/2 years as the city’s Parks and Recreation director, James Korpela is turning in his softball mitt and running shoes as he embarks on retirement.

Korpela’s last official day on the job will be Monday, Aug. 30.

Korpela, who turned 63 this month, took the helm as Parks and Recreation director in February 2016, before that, working in sales at Cathedral Corp. at Griffiss Business and Technology Park.

“When I left Cathedral, I was actually thinking of retiring then when they eliminated my position,” Korpela recalled. “I had a couple offers, and then the mayor approached me and said the city was going back to having a recreation director and wondered if I’d be interested. Sports and recreation is my background.”

Since his youth, Korpela’s love and enthusiasm for the games he played blossomed in scholastic sports, which continued into his adult years. His passions were mainly in hockey, baseball and then softball. Korpela also grew up participating in the city’s summer recreation program in grade school, junior high and high school.

“I’ve been playing hockey for over 50 years now and I played baseball growing up at RFA (Rome Free Academy), Smith Post (American Legion) and the Rome Indians (collegiate baseball team),” said Korpela. “Then I played softball right out of American Legion baseball and actually recruited guys for the city league from legion ball” when William (Bill) Fleet was the city’s Parks and Recreation director.

“Then Bill asked if I’d be president of the city softball league, figuring I’d only be doing it for a year or two,” he continued. “I never dreamed it would turn into 22 years of doing it. But then I thought it was time for a change and to get the younger guys who were still playing more involved, and I got out of it.”

When Korpela took over as Parks and Recreation director back in 2016, he said the city’s playground facilities were in “good condition,” but that they were in need of upgrades at the time and he saw that there were some improvements made.

“The new restroom facility at Hazelton Park — the softball park — I got that built,” he said. “Then we resurfaced the tennis courts at Franklyn Field and for anyone involved in tennis or pickle ball, that’s the main place they play. We also installed security cameras in the parks and put in a security system at Kennedy Arena. I thought that was something that needed to be done for the protection of both our citizens and employees.”

Korpela said, “Another thing I wanted to do for the whole community — and I told the mayor if she hired me it would be one of the first things I would accomplish — I brought back the summer concert series. It’s a quality of life event for everyone — kids and adults.”

During his tenure as Parks and Recreation director, Korpela said the city also took back over the third through sixth grade basketball leagues and started running them.

“We were using the schools as practice gyms during the week, and then the kids played on the weekends,” he said. “That’s something that really grew over the years. We had over 150 kids playing before COVID.”

Korpela said the transition to the new Parks and Recreation director, who will be appointed by Mayor Jacqueline M. Izzo, will come at a time when summer programs are winding down and before the hockey season kicks off at the arena.

In the meantime, he hopes to plan trips to visit his adult children and other activities for his retirement days.

“I would like to travel a little. I have two children and a new grand baby, and they don’t live in Rome,” said Korpela. “I also have a few projects around the house that I need to try to catch up on this fall.”

Izzo said the city is happy for Korpela’s announcement and commended him on his service to the city.

“We’re happy for him that he decided to retire at a fairly young age and will be able to enjoy himself, and do the things he wants to do,” said the mayor. “He’s done a great job for us. There’s been a lot of challenges, especially last year with COVID and all our parks and the hockey arena. He navigated those really well, and he was able to bring back a lot of park programming.”

Izzo said, “When Jim got here at that point when we first came into office, there was not a lot of activities at the parks in the summer, and he tried to revive those, and did a great job at finding new activities for the kids to take part in. His background was sports-minded, and he was just a perfect candidate from day one. We were fortunate to have him.”

Izzo said the search for a new Parks and Recreation director is on-going.