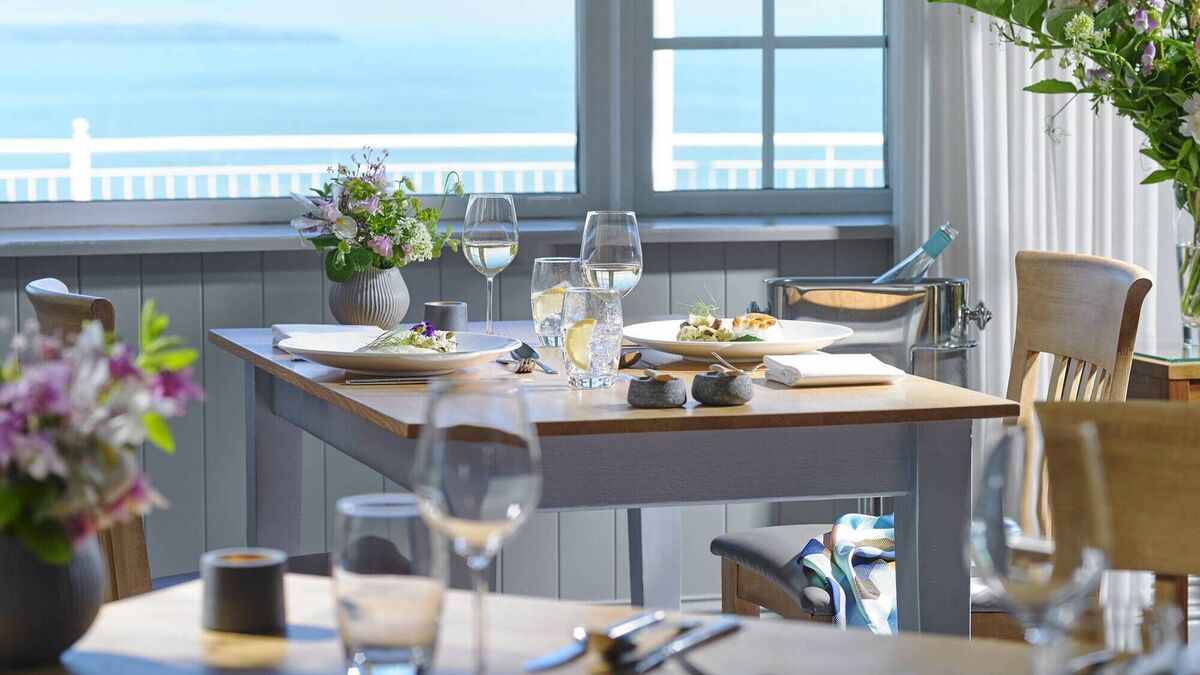 My relationship with Dunmore House began a ‘billion’ years ago when I stayed with the family of a boarding school friend, 500 yards further out the road from the hotel’s glorious east-facing coastal perch on Clonakilty Bay.

One evening, lemonade and crisps in the hotel bar seemingly led to my inaugural game of spin the bottle on nearby Duneen Beach. Years later, two of my brothers got married there — no, not to each other — and a close friend subsequently chose the same venue to do likewise.

We had reluctantly declined the invitation to that latter wedding, having no one to mind one riotous toddler and one mewling infant the universe had then seen fit to inflict upon us. After the church, our plan was to reluctantly head home until a catastrophic trouser explosion in mewling infant’s baby-gro led to an emergency pitstop at the hotel.

We’re still not sure how it happened but within 20 minutes of arrival, on learning of our predicament, the wonderful staff had booked us into a room and set extra places at the wedding banquet — for which they never subsequently charged!

In the blink of an eye, we went from cast-out Cinderellas to the heart of the ball and it was all down to an innate instinct for hospitality that has been a hallmark of the Barrett family since establishing it as a hotel in 1948, third-generation Peter Barrett recently joining mother Carol at the helm.

Much has changed in the 10 years since. The cosy country hostelry has received a tasteful and stylish makeover adding a crisp boutique veneer without sacrificing an iota of its comforting charm. A splendid new bayside terrace is a defining feature.

The riotous toddler is now a lanky teenager — a tangle of legs and headphones — while the mewling infant is a poised 11-year-old with no desire at all to be reminded of her former trouser transgressions and we are in a third-floor family room with an utterly stunning view. Despite the terrace’s obvious allure, we stay put, ordering snacks and drinks to pass the afternoon marvelling at the ocean.

Come evening, only number two son and I brave a now rather parky terrace — heatwave still en route—eventually nipping inside for pre-prandial supping where SpouseGirl is relishing a margarita for the ages.

The food too has changed, driven by Carol Barrett’s zealous passion for premium local, seasonal produce, much of it from the hotel’s own organic gardens. With no head chef per se, a team of talented equals all work towards a common goal, delivering that passion on the plate.

A sound, keenly priced wine list flush with natural wines sets the tone and we order a supple fruity Zweigelt/St Laurent (Judith Beck INK 2019) while grazing from a board of breads, brown and sourdough, farmhouse butter, pesto and roasted almonds, followed by an amuse-bouche of lemony whipped goat’s cheese with pickled beet.

Meanwhile, The Progeny roam a children’s menu engaging enough to even snare No 2 Son, whose more usual preference for a walloping great steak is distracted by a calorific and sinfully tasty mac’n’cheese and humongous succulent chicken goujons.

SG’s quite exquisite fillet of turbot is perched on top of delightfully light risotto, with crisp samphire and citrus cream. My Skeaghanore duck is superbly delivered, golden brown skin, veal-pink flesh, served with sweet roast beets, York cabbage and jus. Alongside our sides of gratin potatoes and crunchy green beans, it is probably more of a winter dish but that doesn’t stop me licking the plate clean through to the table.

After that, I’m done, bar a sweet sampling of SG’s dreamy vanilla bavarois, with rosemary and gin gel. I contentedly wallow in the afterglow of a very, very good meal, something not commonly said about hotel food. And, with that box ticked, Dunmore House is now the complete package, surely one of the best hotels of its type in the country. My long-time soft spot has blossomed into a late-blooming and quite unbridled passion.