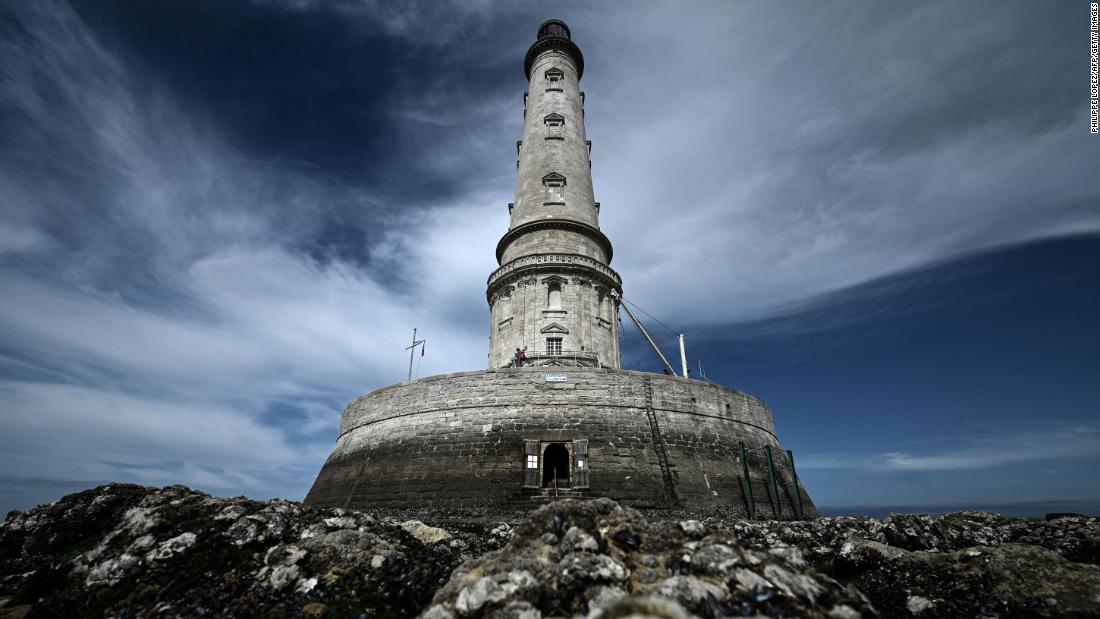 (CNN) — This week, all eyes have been on UNESCO, the France-based body that bestows the ranking of “World Heritage Site” on some of the world’s most beautiful, historic and otherwise important places.

In many years, the announcement of new additions to the UNESCO list is a cause for some excitement, at least in the travel world. But 2021’s announcement season has been significantly more dramatic.
First, the will-they-or-won’t-they tug of war between Australia and UNESCO over the latter’s discussion of whether to add the Great Barrier Reef to the official list of “sites in danger” turned into a full-on soap opera, complete with ambassadors going on a press junket.
Ultimately the Barrier Reef escaped the “in danger” designation, while the city of Liverpool had its status revoked completely, which UNESCO said was “due to the irreversible loss of attributes conveying the outstanding universal value of the property.”

With all the fuss around who will make the cut and who won’t, there’s one question that hasn’t been answered: Does UNESCO designation really make a difference with travelers?

How to define heritage

With 1,153 World Heritage sites on the list, travelers shouldn’t expect a one-size-fits-all approach.

“Heritage” can be defined in a lot of ways, and UNESCO splits sites into three categories: cultural significance, environmental significance, or a combination of both. Among the thousand-plus names on the list are some of the most beloved places on the planet: Machu Picchu, Venice’s canals, the Grand Canyon, Angkor Wat.

The nomination process is painstaking, time-consuming and expensive. Many developing countries have sites that can and should be recognized for global importance, but they can’t afford the time and money it takes to put together a campaign.

“The minimum duration between nomination and inscription is two years, but it usually takes much longer,” a UNESCO rep explains to CNN. “Countries must first inscribe a site they intend to nominate on the Tentative List, which is submitted to UNESCO. They then have to complete a nomination file which must contain information about the site’s attributes and the management and protection mechanisms put in place for the site.”

And just because a nomination has been submitted doesn’t mean the journey is over. Plenty of destinations don’t get inscribed on their first try. UNESCO can send back notes or suggestions on how to improve a nomination. Some languish in the “under consideration” file for years.

Not everyone considers these designations, or large-scale investments in tourism infrastructure, to be a priority. Some governments don’t see the value in trying to nominate their sites, while others seek UNESCO listings the way they might chase Olympic gold medals.

The Cordouan lighthouse, off the coast of Le Verdon-sur-Mer, France, was added to the UNESCO World Heritage List in 2021.

Although UNESCO considers itself an apolitical organization, its headquarters is in Paris, meaning that some critics accuse the organization of being too European-centric.

Together, Europe and North America have 545 inscribed sites, which comprises more than half the total list. Italy has 58 by itself, while the entire continent of Africa only has 98.

For every already-iconic Stonehenge, there’s a less famous Joya de Ceren in El Salvador. Fiji’s first and only UNESCO site, the port town of Levuka, didn’t come until 2013.

The value of free PR

It’s called “The UNESCO effect.” Maria Gravari-Barbas is the coordinator of the UNESCO Chair “Tourism, Culture, Development” program at the Sorbonne in Paris, and she knows better than nearly anyone how the power of the UNESCO brand can skyrocket a lesser-known destination to a different level.

“Yes, there’s clearly a difference,” she says. “UNESCO is very well known among tourists.” Having an international “brand name” endorsement can be the deciding factor in why a traveler chooses one potential vacation spot over another. “People search the list.”

One of those people who searches the list is Michael Turtle, an Australian travel blogger who has visited 322 UNESCO World Heritage Sites.

“if you were bringing together a museum or a gallery that was trying to tell the history of the world and you could go and collect all these places that told the story, World Heritage Sites are those places,” he says.

Turtle, whose book “Great World Wonders: 100 Remarkable World Heritage Sites” comes out in August, admits to being a bit of a “compulsive list-crosser.” But more than just having bragging rights, he counts on UNESCO to point him toward the most important places in a given country or city.

“What happens is you end up going to a few places that you probably have never heard of before. But by going to them, you discover this whole part of a country, its heritage, its culture that you wouldn’t have known about otherwise.”

Gravari-Barbas points out that with a UNESCO designation comes a deeper tourism infrastructure investment — all those new visitors will need beds to sleep in, restaurants to eat in, and souvenirs to buy. Considering how much work goes into a nomination bid, none of this happens by accident.

At its best, UNESCO World Heritage designation can bring much-needed money, support, and global recognition to a deserving destination. At its worst, it could be the first step toward overtourism.

An ancient rock and a modern hard place

The mercantile city of Liverpool was added to the UNESCO list in 2004 and removed this year. UNESCO cited upcoming development projects like a new stadium for the Everton football team in its decision, saying that such projects would destroy what made the city special.

For the city’s mayor, it was an impossible decision.

“We are proud of our history and do not shy away from it,” Liverpool Metro Mayor Steve Rotherham wrote in an op-ed on the UK website iNews. “It is on full display in some of our world-class museums and visitor attractions. That does not mean that we should sit by and allow the city itself to become a museum.”

Rotherham called UNESCO’s ruling “retrograde” and mentioned other World Heritage Sites that could also be considered guilty of the same “crime” of modernizing around an ancient landmark — the fast food restaurants across the street from the Pyramids of Giza being an oft-cited example.

“Places like Liverpool should not be faced with the binary choice between maintaining heritage status or regenerating communities that have been left behind — and restoring the jobs and opportunities that come with it,” he adds.

UNESCO maintains that any site dropped from the heritage list can re-apply and that cancellations are not permanent. That said, no one has ever managed to get back on the list after being removed.