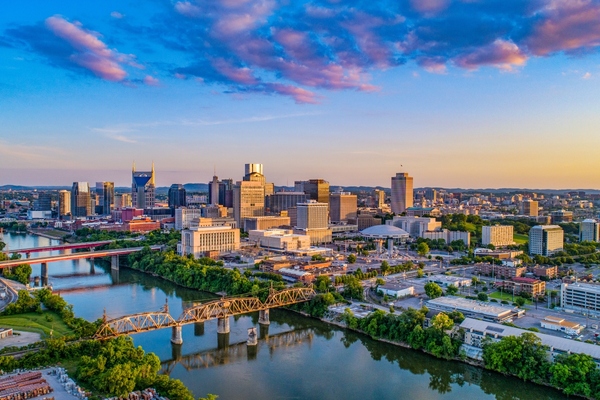 Nashville has unveiled a new transportation department as part of the City’s plans to build a “21st century multimodal transportation network” that prioritises safety and equity.

Transportation Plan and the city’s journey toward an efficient multimodal transportation network that works for everyone and prioritises safety.

“In a city on the move, we must keep our people on the move – safely and efficiently. We know what has to be done, because Nashvillians have told us: better bus service; more sidewalks, bikeways, and greenways; and less congestion on safer, well-maintained roads,” said John Cooper, mayor.

“The people of Nashville helped us create a right-sized, people-first transportation plan, and NDOT is going to deliver it.”

“Nashville’s success as a city is reliant on a smart, future-oriented and performance-oriented department of transportation”

A department focused solely on transportation was recommended in the Metro Nashville Transportation Plan, adopted in late 2020 by Metro Council. The department recently received funding increases in both the 2021-2022 capital and operating budgets, with more than $120m in transportation related capital funding, and 42 additional positions added.

With many cities moving toward independent local transportation departments, the advantages are clear: efficiency, sustained focus, and accountability, the City reports.