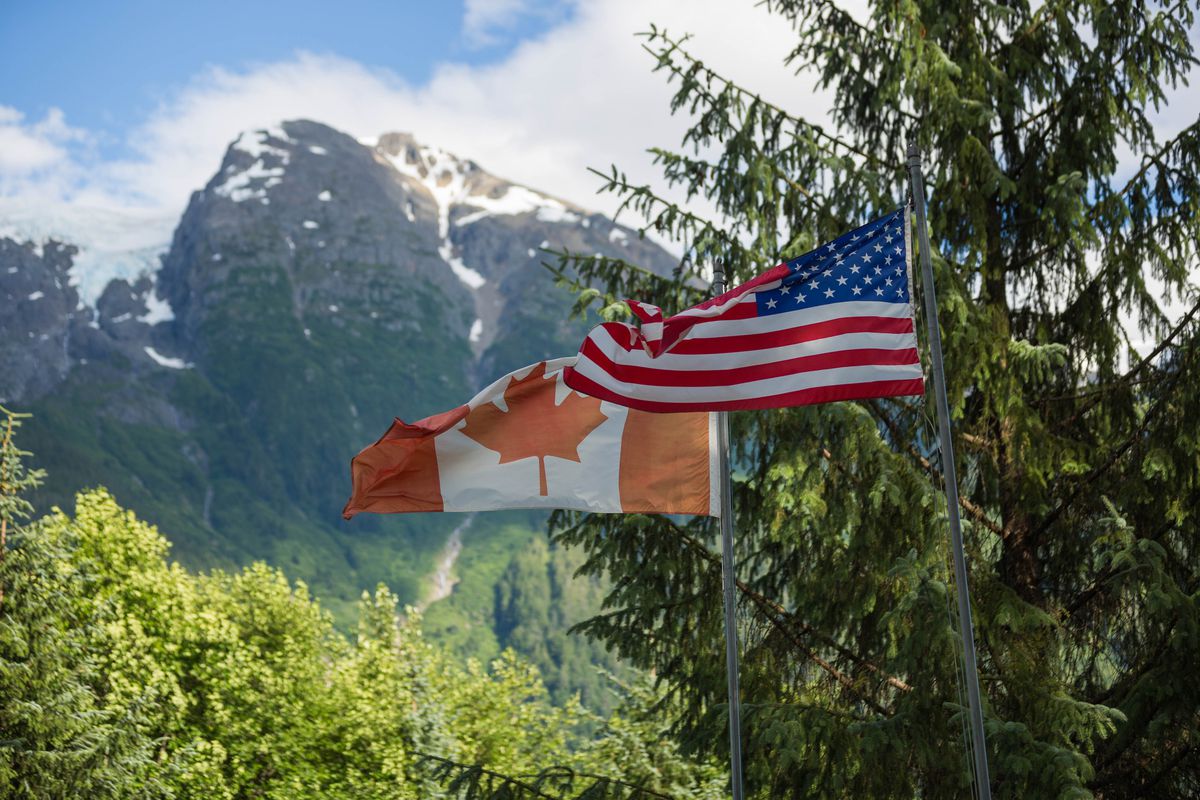 Caroline Stewart of Hyder is excited to return to her church in Canada.

Steven Auch of Haines looks forward to snowmachining in the Yukon Pass this winter.

Some Alaskans, however, say the timelines required for COVID-19 testing in order to enter Canada are still too burdensome.

Since the border was closed in March 2020, Haines has felt like an island, said borough tourism director Steven Auch.

“It was really the border closure that kind of cemented that,” he said. “… Normally in the winter, the ferry service is pretty bad and flights are difficult to come by, so it feels kind of isolated in the winter already, but at least we could drive off into Canada, get to Whitehorse if we wanted to.

“People that have medical appointments could drive to Anchorage and all of that was made much more difficult, if not impossible, with the border closure.”

Skagway residents have experienced similar isolation, said Mayor Andrew Cremata. He plans to cross the border soon to go fishing and said he looks forward to reconnecting with friends in the Yukon.

“It’s huge on every conceivable level,” he said of the border reopening. “There are people who own property in the Yukon that haven’t been able to go check on it for almost two years. There’s people who have relationships with people in the Yukon and the only way to visit them has been via airplane, so it’s a big deal — it’s hard to overstate that.”

Although it’s a step forward, restrictions remain for crossing the border, and the U.S. has not reopened its border to nonessential travel by Canadians, meaning that even fully vaccinated Canadians cannot cross into Alaska. The U.S. restrictions have been evaluated monthly and are currently set to expire Aug. 21.

But the border reopening, at least on one side, is a sign of hope, Olerud said.

Monday’s border reopening overlapped with a recent surge of COVID-19 infections in Haines, however. Olerud said the borough is working to expand coronavirus testing capacity this week and he did not believe it was interfering with anyone who had been planning to get tested in order to cross the border.

To enter Canada, Americans must provide proof of vaccination and receive a negative COVID-19 test and result within 72 hours before crossing the border. Those who stay in Canada longer than 72 hours must again test negative and upload the required documents to Canada’s ArriveCAN website or app before returning to the U.S.

For Auch, the planning made necessary by those restrictions still seems burdensome.

“There’s still a lot of hurdles to jump through,” he said. “So the people that are going to do it are those that have family that they want to see and stuff like that. There’s also a lot of us that would love to go, but to jump through all those hurdles just to go into the pass and go hiking or whatever — it’s certainly a lot to ask.”

Some restrictions were eased earlier in the pandemic for residents of Hyder because the town relies heavily on neighboring Stewart, British Columbia, for basic necessities.

Hyder is a town of fewer than 70 people, isolated from the rest of Alaska but accessible by road through British Columbia. About three miles away across the border is Stewart, where roughly 500 people reside. Many essentials — like groceries, school and medical care — are available only on the Canadian side.

Residents on both sides of the border seem to agree that the restrictions are unreasonable for the remote towns, said Caitlin Horne, who lives in Stewart.

“I think for this particular border for local residents, I don’t see why it isn’t (fully open). I think it’s ridiculous…,” she said. “I want to see my friends and it just seems silly to me personally.”

Horne, who owns a tour and charter business in Stewart, said she has lost customers during the pandemic but still has enough business from Canadian residents. But across the border, businesses in Hyder are struggling, said Caroline Stewart, who owns Boundary Gallery. With the U.S. border still closed, she said she’s holding out hope that her business and others will be able to survive until next summer, when tourists may once again return to the scenic area known for viewing of brown bears.

Stewart said Monday she’s excited to spend time with her friends across the border and is especially looking forward to Sunday’s church service. The pandemic wasn’t just a marker of isolation for Stewart, but something that separated her family during major life events.

Quarantine restrictions related to crossing the border have kept Hayes and her husband, who owns a home in Stewart, apart since their wedding last summer at the international garden on the border near Vancouver, she said.

On Saturday, Hayes plans to cross the border to Stewart to reunite with her husband and her family. She won’t enter Hyder because COVID-19 tests for travel can be costly in Canada and she worries about how much of her 72 hours would remain after test results were returned. There is nowhere to get a COVID-19 test in Hyder.

While the Canadian border reopening is good news, Stewart said she wants to see the American side open too. In Haines, Olerud said he’s also looking forward to that reopening.

Uncertainty surrounding the pandemic has hung over Haines and made for a challenging year and a half, he said.

“Each time you just get a little bit more of a return to normal, I think that helps,” he said. “But that uncertainty of how long that normal is going to last. It’s hard to break free from it until you’ve got a sustained amount of positive things happening.”