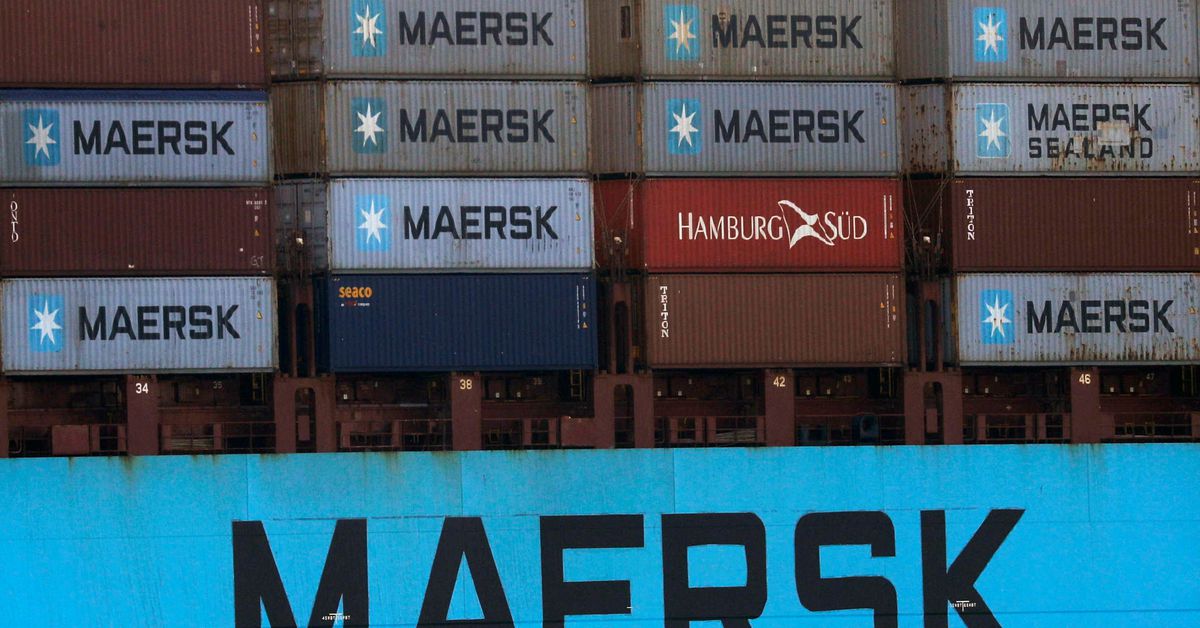 Maersk, which handles one in five containers shipped worldwide, aims to expand its land-based logistics services, hoping to gain a larger share of the supply chain from existing shipping clients such as Puma (PUMG.DE) and Walmart (WMT.N).

It bought Visible Supply Chain Management and B2C Europe, both specialised in e-commerce, for a combined enterprise value of $924 million, Maersk said.

“It won’t be long before we have a logistics business with (annual) revenues of $10 billion with these two acquisitions,” Chief Executive Soren Skou told reporters.

While container shipping, which accounted for 73% of revenue last year, will continue to be at the centre of the company, land-based services such as shipments from factories, customs services and warehousing will be its growth engine.

Shipping containers are transpoted on a Maersk Line vessel through the Suez Canal in Ismailia, Egypt July 7, 2021. REUTERS/Amr Abdallah Dalsh

Skou said more acquisitions were expected in the coming quarters, adding that it was in particular looking at small to mid-sized companies within air freight, warehousing and distribution in Latin America and Europe.

Maersk on Friday also confirmed a 60% jump in second-quarter revenue and a more than tripling of its quarterly core profit announced in a preliminary trading statement earlier this week, when it raised its 2021 profit outlook. read more

The pandemic has prompted shortages of container ships and logjams at ports at a time of very high consumer spending which has sent freight rates to record levels.

“The results benefited both from the exceptional circumstances in Ocean, where congestion and bottlenecks continued to drive up rates, and from solid progress in executing on our strategic transformation,” CEO Soren Skou said.

“The outlook for the third quarter is strong and we expect that the current momentum in Ocean will continue into the fourth quarter,” he said.

Its shares, which are up around 30% this year, traded flat on Friday.