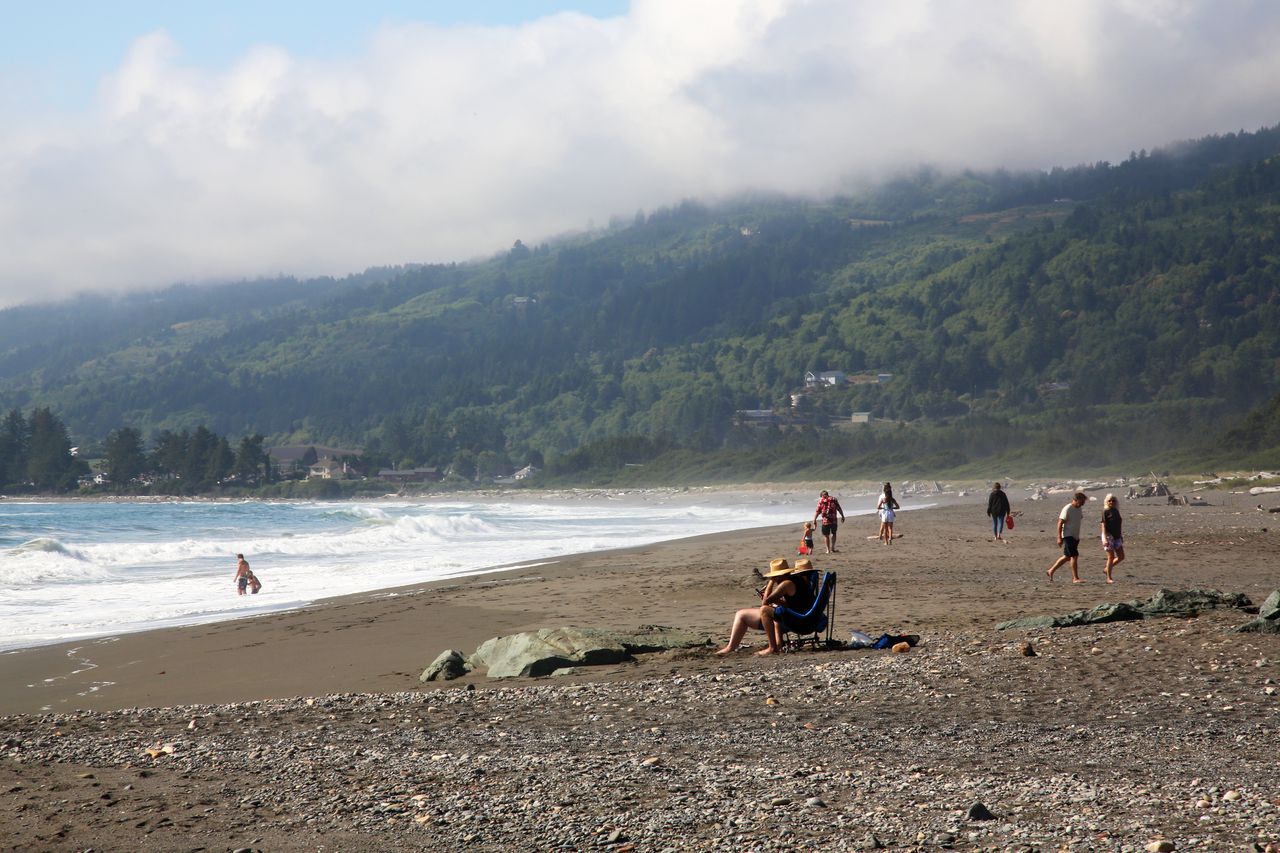 It’s not every day that a walk down the beach turns into interstate travel.

That’s what happens at Crissey Field State Recreation Site, a sandy beach on the southern Oregon coast that crosses into California and becomes Pelican State Beach — not that you’d even realize it.

There’s no pomp and circumstance at the Crissey Field/Pelican beach border crossing. There’s not even a sign marking the spot. It has the honor of being the only interstate beach on the West Coast, but you’d never know just by walking it.

It’s also a beautiful spot. Gray sand lines the shoreline on the beach, hemmed in by rolling hills that gently slope down to the ocean. Waves lap sun-bleached driftwood logs and uncover large, colorful stones.

The beach itself is relatively short, measuring just more than a mile between the mouth of the Winchuck River in Oregon and boulders that block the way beneath the cabins of White Rock Resort in California.

Large pieces of driftwood line the access point at Crissey Field, found down a short path from the parking lot past the Oregon Welcome Center (currently open 10 a.m. to 3 p.m. on Saturdays and Sundays only). Other short trails wander down to the river mouth and through a field beside the highway, eventually connecting back to the beach.

Crissey Field and Pelican both have reputations as being less-crowded beaches, and recent numbers in Oregon seem to back that up. Crissey Field saw only 83,108 visitors in 2020, according to data provided by the Oregon Parks and Recreation Department, ranking it near the bottom of all Oregon coast state parks in terms of annual visitors.

But that number might be deceiving: In 2019, park officials reported 243,164 annual visitors at Crissey Field, and the year prior it drew 252,140 people. That would rank the beach much higher, although it’s still far less crowded than popular Oregon coast destinations like Harris Beach and Oswald West, each of which attracts more than 1 million visitors annually.

On a sunny Tuesday afternoon at the beginning of summer, only a few dozen people were on the beach, sunbathing, wading in the surf and collecting rocks. Nearby cars zoomed by on U.S. 101, stopping by the agricultural checkpoint at the border, but any noise was drowned out by the sound of the waves.

With little more than a nice beach and a pretty view, Crissey Field as an attraction relies primarily on the novelty of its location. It’s a beautiful place to spend an afternoon, catch a sunset or stretch your legs – no matter which state you’re in.